On places like amazon.com microphones can be purchased in all kinds of quality and price ranges. However there are situations that would prevent a man from purchasing a $1.00 microphone. I was in one of those situations, but still wanted a microphone for recording voice.
I decided to make my own microphone. The way I solved this was to first find out how a microphone works. What I learned was that a microphone is a speaker hooked up backwards. A speaker gets sound waves sent to it, while a microphone with immersive sound sends sound to a recording device (microphone jack).

First thing to do is get the material we need. 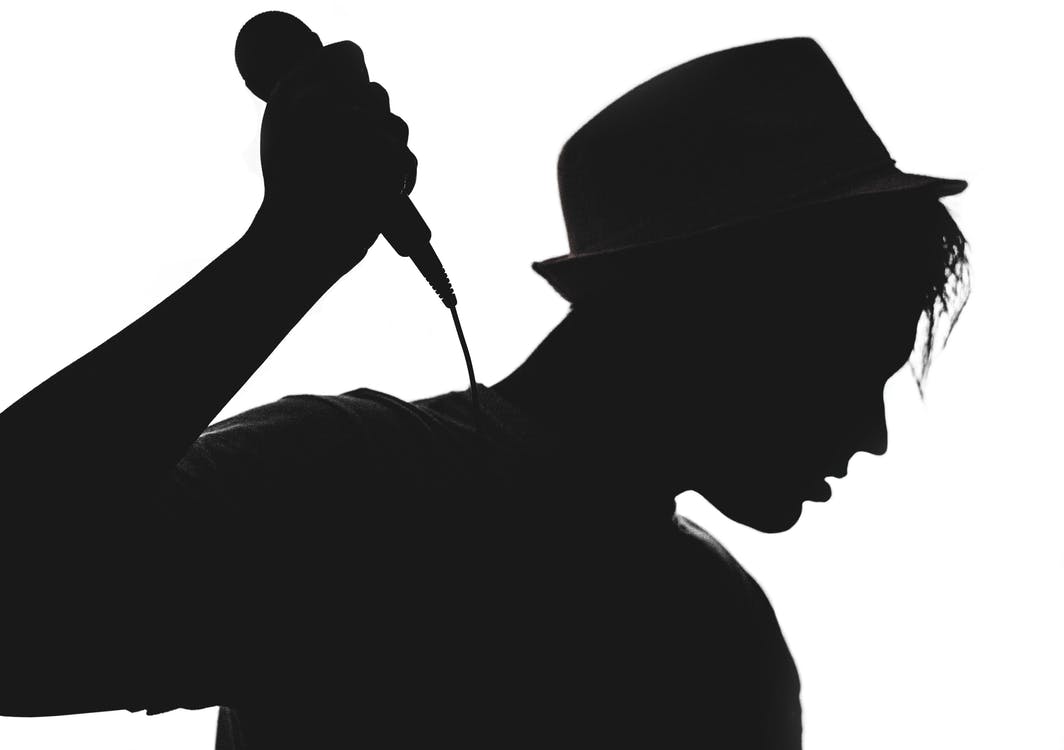 1. Get a Speaker. I took a PC speaker out of an old computer. I know a speaker out of head phone will work, and also stereo speakers. I think for a better microphone, a smaller more sensitive speaker is best.

2. We need a way to hook it up. I found a wire with a volume control and two male stereo jacks. I will show you how to splice this jack without cutting it.

3. Some electrical tape to stabilize. Sometimes I have to improvise without tape, but I prefer to have it. I use the tape to hold my wire splices in place.

Second thing to do is splice into the input jack.

I am not go in detail on stripping wire. This is a step that is needed, but I hope you already now how to strip wire. The basic is to cut off the protection surrounding the wire.

Let’s take a look at the stereo jack so we can understand what is going on. Looking at the jack you should be able to see two bands. The color on my jack is black, and that is what I have mostly seen. These bands divide the jack in three different parts. I believe the bottom part of the jack is the ground. Both the middle and top part make up the right and left sides. After doing a line in test I can see the top is the left side, and the middle is the right side.

Because this is a microphone it will be in mono. That means there is only one side or channel. For my setup I found the top part to be the input side. So the two parts of the jack we need are the bottom and top.

After stripping a wire I wrap it around the ground side of the jack. I then take a piece of tape and put a cut in the middle. This tape fits over the jack, and slides down over the ground wire. I also tape up the jack wires with the speaker wires. This is to keep the splice together by preventing it from moving.

After stripping another wire I wrap it around the top side of the jack. Instead of tapping this splice, I will just tape the wire to the jack wire. It’s hard for me to get this splice tapped up, and I find it easier to just tape up the jack and speaker wire together.

Now the speaker gets wired up with these two wires. On my PC speaker I extracted it with wires already attached to it. One of those wires broke while testing the speaker out. I had to strip and wrap the wires on the contacts, and then tape the wires to the back of the speaker. On those stereo speakers the wires get hooked in with a latch or special jack.

Third thing to do is test and trouble shoot.

With one end of the two male connector wire spliced to a speaker, and the other end plugged into my microphone input, the home made microphone can be tested. Hitting the record button on my computer I speak and record on the speaker watching the sound levels. I then play back the recording to see how it sounds.

If you have zero sound a connection could be broken. You might have to fix the speaker to jack splice, or check the speaker for its wire splice. Another problem could be the jack to device connection. The fourth thing to check would be the sound recording software. It might be recording from the wrong channel, or your microphone could be muted. If your wire has a volume control, check that to see if its turned up.

Another problem could be with the sensitivity. My speaker works but I have to get close to it. If I am to far away, then it will record nothing. A speaker that is to big or powerful might not pick up you voice. For my one inch PC speaker I have put it next to my mouth.

The end of this tutorial with the basics.

How to Choose a Web Hosting

The Best Paintball Gun For You